Okay, it’s time for me to reprise my personal favorite story of the Winter season.

It was 1973 and I was a first-year grad student at Tel Aviv University. I entered Israel on a tourist visa, and the Yom Kippur War made a bit of a mess of my various legal status papers. I had to get some sort of U.S. documentation that would allow me to convert my tourist visa to student status. Having already volunteered for the IDF I could have just declared Israeli citizenship, but then there would have been other complications…

Tel Aviv University is not actually in Tel Aviv–it is in a suburb called Ramat Aviv, and it can take awhile by bus to get from campus to anywhere in the rest of the city. I waited for a good time to schedule the trip and then one sunny winter morning, I set out. I took the bus from Ramat Aviv to the Central Bus Station in Tel Aviv, and then another up the Mediterranean coast which stopped just a few blocks from the American Consulate.

Now, I had been looking forward to this trip for some time because it was well known that the American consulate had a cafeteria open to U.S. citizens which served the best hamburgers in Israel. These days that’s no longer true–Israel has turned into quite the foodie haven and there are lots of places to get great hamburgers. But not in 1973.

After my hour-long journey I trudged up the few steps of the porch of the Consulate and tugged on the door. It was locked! A sign was posted that announced, “Merry Christmas.” Being in Israel, I had forgotten what December 25 might mean to a U.S. Consulate!

Oh well, I had to satisfy my hunger with a perfectly excellent felafel sandwich and start the hour-long journey back to Ramat Aviv. My visa–and hamburger–would have to wait for another day. 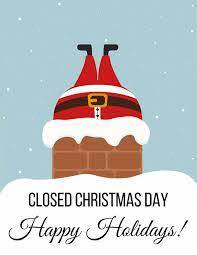 2 thoughts on “Student Days at Tel Aviv U”