There are several weddings among my family and friends on the immediate horizon and the fact that we are living through a rather unusual set of circumstances which does affect weddings in a major way leads me to reflect on my own wedding, now some 37 years past.

At the time that I proposed to my beautiful bride I was 30 years old and serving as the Associate Director (AD) of the Hillel Foundation (a service organization for Jewish students) at the University of California at Berkeley. Terri was a post-Doc in Neuroscience at that same University. 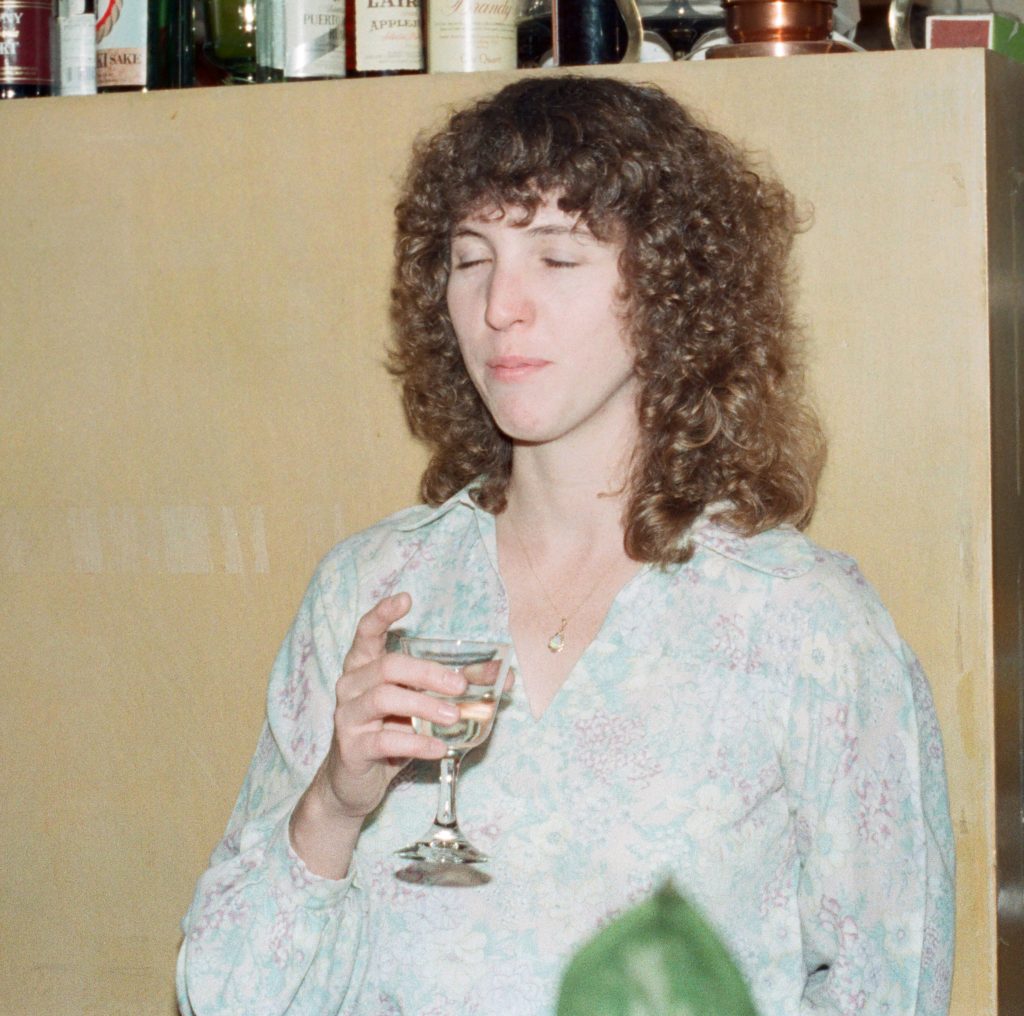 Terri on the Day, How could I have been so lucky?

As everyone in the States knows, the custom here is that the bride’s family will bear most of the cost of a wedding, but that was not in the cards for us for several good reasons. Most importantly, Terri had been married before which generally releases the bride’s family from further financial obligations. In my case, there was never any possibility that my parents could have helped pay for a wedding. Both my parents lived day-by-day on meager Social Security checks. So we were on our own for figuring out how to do a wedding. Terri found a suitable dress in a local thrift shop. As the AD of Hillel, I had the option of using Hillel as both the chapel and location of the celebration. My boss, Rabbi Martin Ballonoff of blessed memory, happily agreed to perform the service. He, by the way, was getting married himself exactly one week before me, which had some interesting consequences for Terri and me. But more on that in due course. 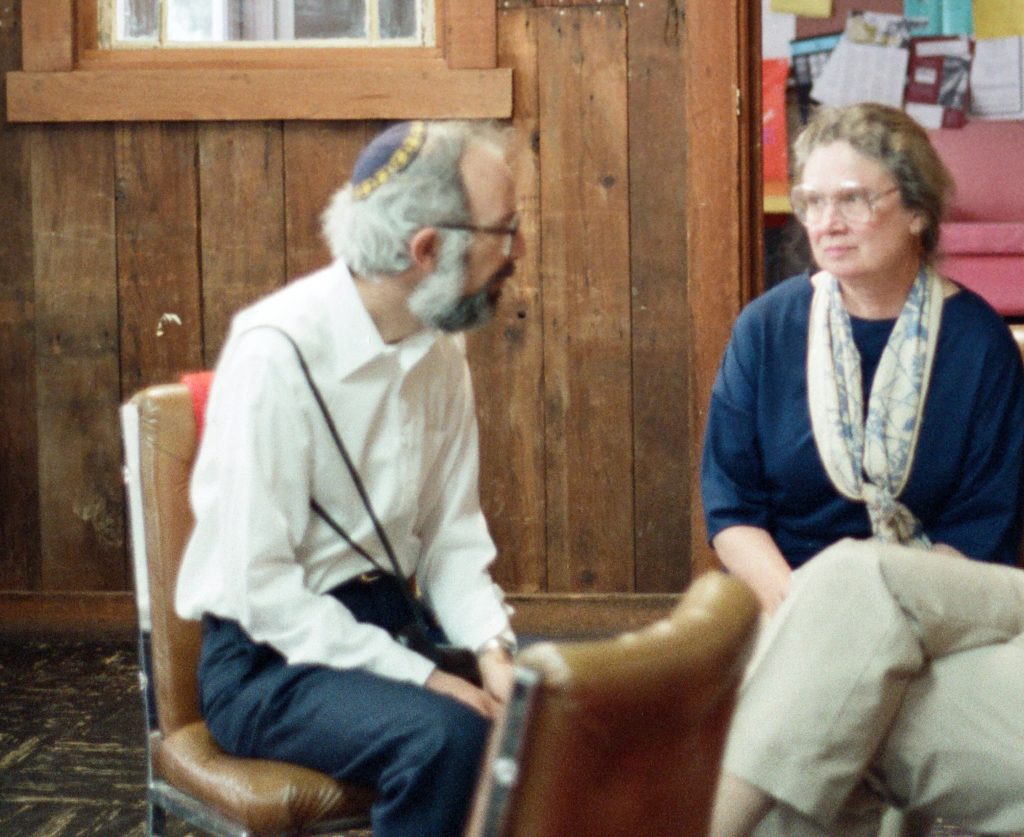 One of my Hebrew students, Ms. Cathy Citron, was learning how to be a caterer, so she offered to cook any food we  wanted as long as we covered the cost of the food. And the food she prepared was absolutely delicious! Wedding cakes are very expensive, but Rabbi Ballonoff offered to donate the second sheet of his wedding cake. A few of my students who played instruments added some live music to our event, and my life-long friend Marty Lehrner spent many hours putting together a music tape for us. I had (and still have) two huge Klipsch loudspeakers which we took to Hillel, so the music could be played at deafening levels. My dear friend Ed Starkie and his father John were excellent amateur photographers, and they snapped away throughout the event. No professional photographer needed!

As we all know if we’ve been down this road, there is always the thorny question of guests. My family is very small, Terri’s medium sized by her community’s standards (she has five siblings and untold numbers of cousins). My father was in Israel and couldn’t possibly afford the trip, my sister had just moved from Illinois to Long Island and a cross-country trip for her would have been a hardship. What that meant was that my family would be represented by my mother alone, whom we all loved, but who obviously suffered from severe bipolar disorder. But Stella could always be counted on to dance! Much to my surprise and great pleasure and gratitude, Terri’s parents both decided to make the trip along with one of her siblings and his wife. I first became involved in Hillel as an undergraduate at the University of Wisconsin, and I was thrilled that the man who served as Associate Director (my title at Berkeley) and his wife would travel from Los Angeles for our marriage. Along with my close friends from the Berkeley community, we expected about 50 people.

The Saturday before a wedding is the occasion for the uffruff a tradition in which the groom rises to accept the honor of reading from the Torah scroll. As it happened, a huge storm had rolled in through the Bay Area knocking out power to the whole area. Our chapel was located in a part of the building where there was very little natural light, so I had to read from the scroll in darkness. Terri, who had completed the process of becoming a Jew-by-choice three weeks before, read the prophetic reading of the day in Biblical Hebrew with the appropriate melody (trope). Things were just getting back to normal on the Sunday of our wedding, but Terri decided to make breakfast for all our out of town guests. That means that just a couple of hours before the event, Terri, partially dressed for the wedding already, was running around cooking up a storm for 20 or so people.

And so at last the time arrived and Terri and I arrived at Hillel for our big day. The first thing that was obvious was that something had gone wrong with our guest count. The chapel was completely full and people were waiting outside. Fortunately, the chapel featured a folding wall which could be opened out to the auditorium, and that was done–then people started setting up folding chairs far out into the auditorium. By the time we were ready to get under way, there were about 500 people settled in. Terri noticed that a half dozen or so of my former girlfriends were in the crowd, but I have to say I was pretty oblivious to that. How could all this have happened?

We found out after the wedding that the rabbi had made a bit of an error. He had intended to invite the community to witness his own wedding, which you will remember occurred the week before ours. But he worded the invitation such that he invited everyone to our wedding as well! About 400 of the people crowding in were my current or former students. One of Terri’s few guests, Prof. Irving Zucker, asked her, “Do you know these people?” and Terri replied, “Almost none of them.” Fortunately for us, they understood that they were only there for the ceremony and not for the food and music afterwards–or we would have been wiped out.

The service ran without a hitch, and I’m pretty sure all our guests had a wonderful time. Fabulous food, except for that wedding cake sheet which was quite possibly as stale as actual concrete–but it’s the thought that counts! Great music, being lifted up on chairs for that now traditional Hassidic dance tradition, and all the trappings of a joyful Jewish wedding. It was, like so much of our lives, a bit on the crazy side (Terri prefers the term “unscripted”), but I wouldn’t trade one minute of that experience for anything else.

So my advice for my family and friends fretting through these unsettling times: make the best of whatever circumstances hand you–and the love you feel for the partner you are about to be joined with will carry you through all of it.

11 thoughts on “Of Weddings and Other Odd Circumstances”