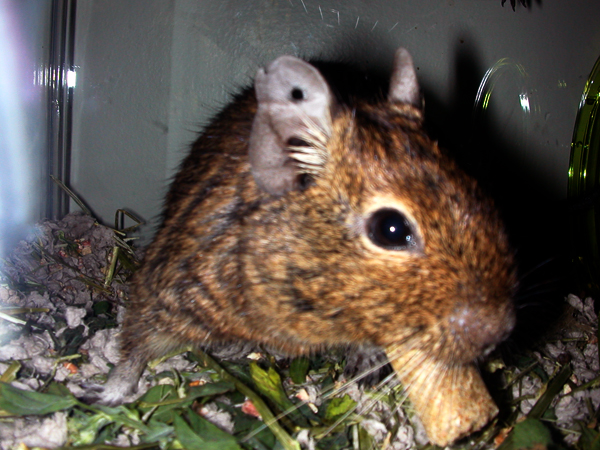 We lost one of our pets yesterday–Roxanne Degu Love moved on to wherever beloved pets go when they cease to exist in this plane. Roxanne began her life as “Princess Jen” but was expelled from home for being too ornery. After a series of foster homes, Andy Vosko took her in and renamed her Roxanne. When Andy headed off to grad school, Roxanne found her new home with us. Roxanne joined us about 7 years ago when she was 2, and and contributed 50 offspring to Science.

Roxanne was preceded in death by her first and second husbands. I only recall husband number 1 whom we named “Gordon”. 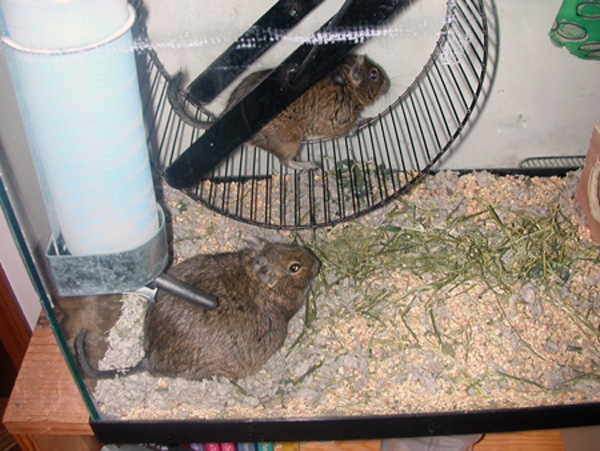 Roxanne occupied an aquarium in the main living area of our home. We all recall the one day she managed to escape. She was discovered by all three of our cats who lined up in a row to observe her, but thankfully we saw the grouping and Roxie lived on almost to her ninth birthday. We were pulling for number 9 because that might have set a Guiness record, but alas Roxie didn’t quite make it.

I like to think that Roxie had a good life with us. She worked through many running wheels, built hundreds of nests, and lived happily with her men-folk. When at last she was too old to bear more young, and her last husband passed on, Roxie trotted solo in her running wheel until at last she could travel no more.