Hanukkah 5781 for secular year 2020 is upon us and it is a holiday I always look forward to and treasure. The earliest Hanukkah I recall is one in which I crossed the hall of our tenement to enter the magical realm of my Bubby, my grandmother, who had her family Menorah (lamp, now more properly known as a Hanukkiah) ready for action. Bubby spoke only Yiddish, but we managed to communicate somehow or other, and she taught me how to recite the holiday blessings–in Yiddish, of course. This would have been before I learned to read Hebrew, so it may have been as early as 1957 when I was 5 years old. Whether it was then or a bit later, the warmth of the holiday and love of my Bubby and the joy she felt as I recited those words made an indelible imprint in my memory. 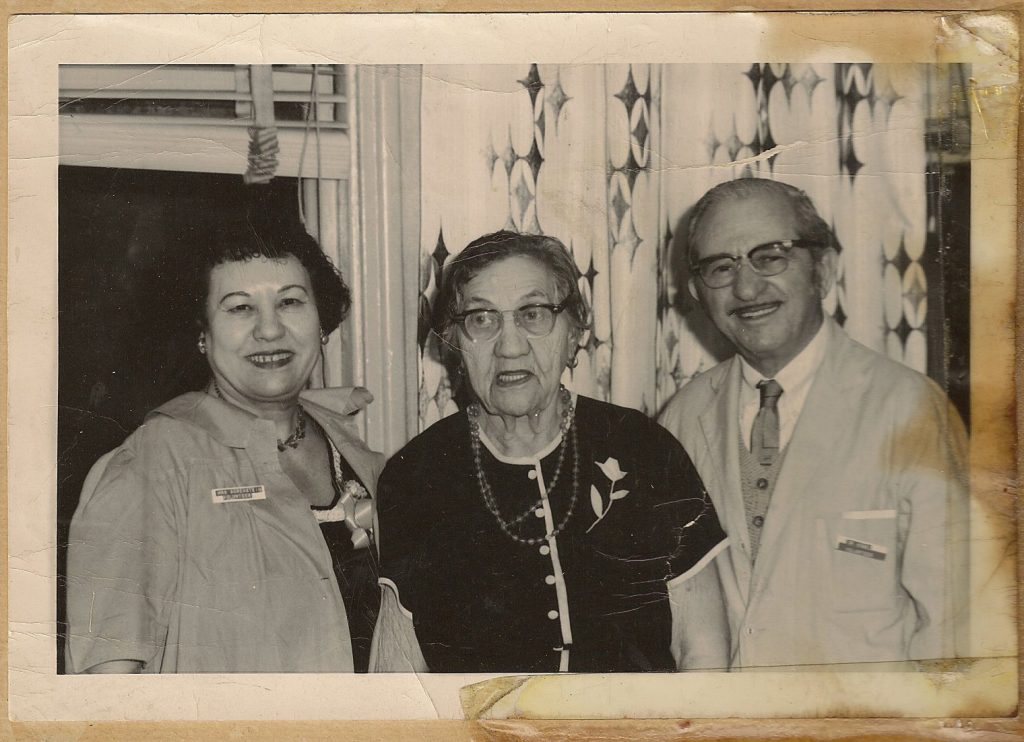 I was called to the Torah in 1965 and can’t say that I recall many Hanukkah occasions after that until I arrived at the University of Wisconsin. It was in my junior year, 1971, and thanks in large part to our fabulous Hillel House under the direction of Rabbi Alan Lettofsky, that I started paying attention to Judaism and Jewish history–a story for another day.

As a young student (and major) of History, I began reading about the Hanukkah holiday in several volumes that have retained their value and reputation to this day–in some cases more than half a century ago. Elias Bickerman wrote Der Gott der Makkabäer in 1937, the anteroom of the Holocaust. Subsequent accounts of the wars and dynasty of the Maccabees reflected the young state of Israel. Books like Victor Tcherikover’s Hellenistic Civilization and the Jews (which became well known after its English translation appeared in 1958, but which was originally written even before Bickerman’s masterpiece in 1930). These were among the first publications to bring modern methods of historiography and analysis to the period of history bracketed by Alexander the Great and the Christianization of the Roman Empire. And for me, it they were the eye opener for me to understand that there was more to the history of the people who venerated biblical literature than the fairy tales I had known from childhood.

In the case of the Maccabees, and the Hasmonean dynasty they founded, there was a practically unanimous conclusion that the surviving historical accounts do not portray some evil “Greek” attempting to subjugate “the Jews.” Rather, what we see is a civil war in which one group of Jews (the term is actually an anachronism, but for the sake of simplicity, let’s use it) against another. As often happens in such conflicts, one of the groups appealed for and succeeded in gaining the support of the ruler of the area–that evil Antiochus Epiphanes, but when all was said and done, the real war was between opposing groups of Jews who all accepted the Torah and other biblical literature, but had all sorts of diverse opinions about things like the calendar and which priests should be given authority over the Temple.

I wrote an article about this for the University of Wisconsin’s Jewish student newspaper because at this time of year, it’s customary to write about the holidays. Hillel would always have a candelabra (Menorah or the aforementioned Hanukkiah) lighting followed by a talk or group sing-a-long, and I headed over for what I thought would be the usual ceremony. As it turned out, Rabbi Lettofsky was out of town, but he asked the brand new Chabad representative (so new there wasn’t even a Chabad residence yet) if he would like to lead the service. I believe his name was Rabbi Shmodken, but memory does funny things over the decades. Anyway, I arrived to find most people already gathered around the Hanukkiah. Rabbi Shmodken apparently recognized me and arched his eyebrows. He then said in loud, clear voice–although with a heavy Yiddish accent–“Mr. Jack Love has entered the room. Jack, perhaps you would like to excuse yourself while we honor the memory of the Hashmonaim?” As I mentioned, Hanukkah was, and still is, a favorite holiday of mine, so I stood my ground and sang the blessings with my congregation.

The ultimate irony in the good rabbi’s comment is that the original rabbis despised the Hasmoneans and did everything in their power to blot out their memory. They had good reason. The Hasmonean kings by and large supported the Temple priesthood most of whom belonged to the group known as Sadducees. The kings and their allies generally opposed competing groups such as Pharisees and Essenes–and it was the Pharisee sect that developed into the rabbinic group following the Roman war and destruction of the Temple. The Hasmonean king Alexander Janeus was reported to have crucified hundreds of his opponents on the roads leading to Jerusalem–which creates a bit of a problem for those who want to claim that Jews could not have had anything to do with the crucifixion of Jesus–but that is a tale for another day.

The point is that the Pharisees and their rabbinic descendants wanted nothing to do with the Hasmonean kings. They did not copy or preserve either of the books called Maccabees (which were copied and honored by Christians), nor did they copy or preserve the works of the historian Josephus, who also wrote about these events.

But what they did do is tell stories. One of those stories, which appears many centuries after the time of the Hasmoneans, recounts the tale of how the Temple had been defiled by wicked people and required purification. There was only enough oil for one day, but by a miracle, the oil lasted for 8 days. Strangely enough, we have no idea why it was necessary to have a lamp burn for 8 days for this purification to occur. But we do know that by another miraculous coincidence, that 8 day period corresponds exactly to the 8 day festival proclaimed by the Hasmonean kings to celebrate their dynasty. 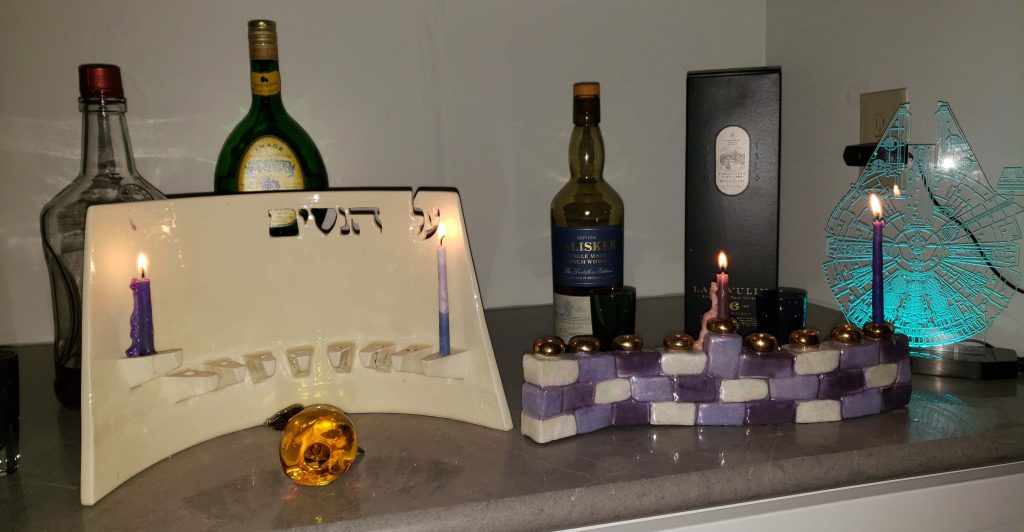