One of the most important people in my life was born this date, August 6, 1915, so this is 104th anniversary of her birth. Mary was my father’s first wife, he married my mother after he divorced Mary. They remained on a friendly basis and we made the occasional pilgrimage from our home in the Bronx to Mary’s apartment on 112th Street between Broadway and Amsterdam, not far from Columbia University. Mary was 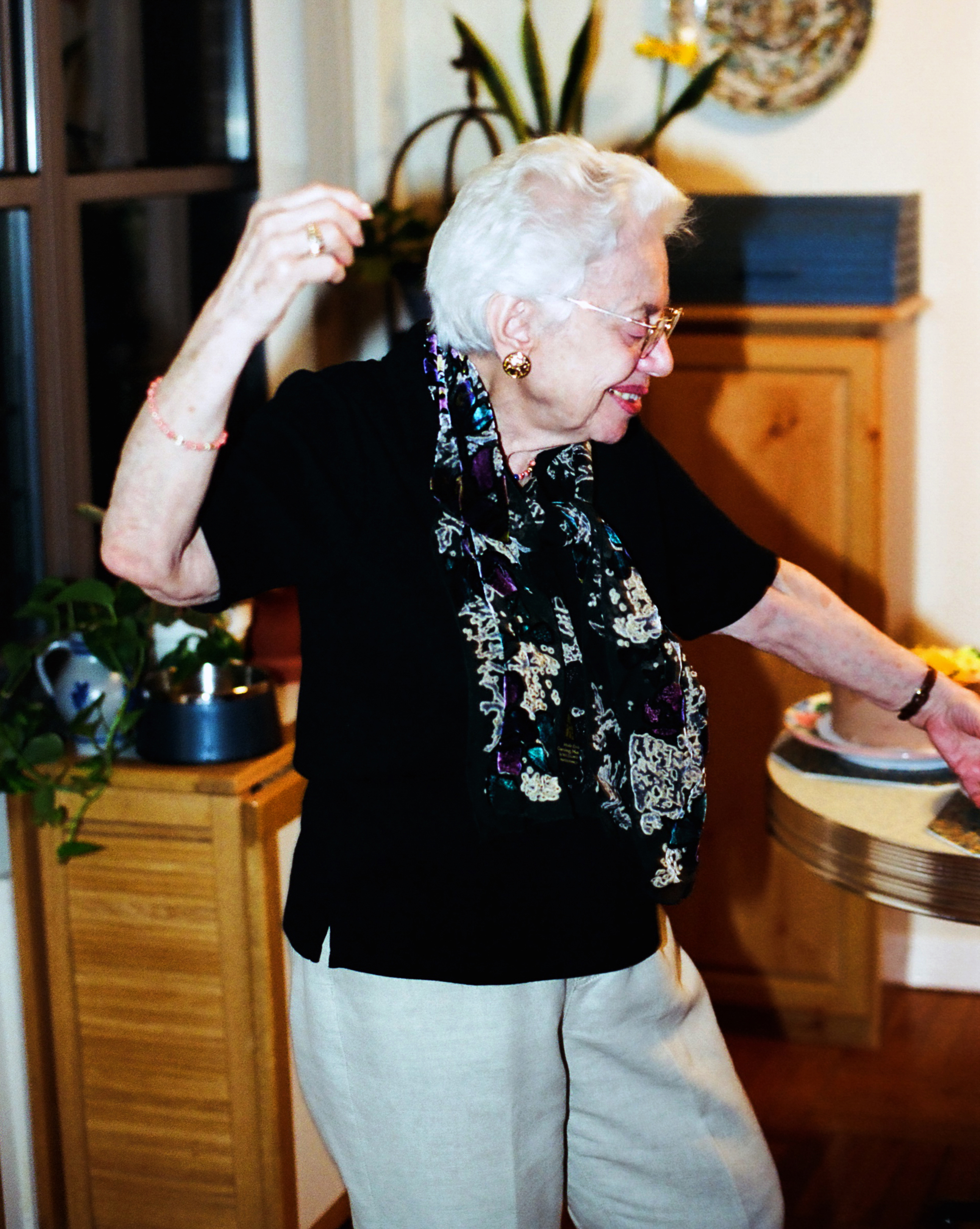 important to me among many reasons because her apartment was a place of tranquility in the tempest of my life.

My father was impatient and my mother was mentally ill–not a good combination. Arguments were frequent and loud in my own living space, and I longed to be someplace else. When I was about 7 years old, I walked across the hall to the apartment where my cousin Marty lived and begged him to tell me how to get to Mary’s apartment. Marty was about 5 years older than I was and wise to the ways of the New York City Transit Authority. He gave me directions.

One weekend day soon after, during a robust disagreement between my parents, I walked the two blocks to Southern Boulevard and then another 4 blocks to the IRT 174th Street Station. I didn’t need to pay a fare, because in those days the rule was that anyone who could walk under the turnstile could ride free. And for better or for worse, I’ve always been short for my age. I boarded the Southbound IRT train and watched for the Grand Central, 42nd Street stop according to Marty’s directions. From there, I took the Shuttle Train one stop to Times Square. Being careful to look for the Uptown side, I made sure to take the Number 1 Broadway Local. I disembarked at 110th Street and headed up to street level.

From 110th St., I stayed on Broadway and walked two blocks north to 112th Street. I recognized the street well. The church of Saint John the Divine filled the end of the street. I walked past Tom’s Restaurant (the facade used for the Seinfeld show), the Goddard Space Institute, and the next building was Mary’s. The front door was locked, but someone opened the door for me, and I walked up the stairs to the second, Mary’s floor. I quickly found Apt 2G and rang the door bell. I could hear some rustling around behind the door, and soon Mary was peering through the peephole, but she couldn’t see me–I told you I was short. I knocked, and she said, “Who’s there?” “It’s Jackie, I replied.” “Jackie?!!!”

The door opened and she was completely astonished. The first thing she did after inviting me in was call my parents. She made me a grilled cheese sandwich and something to drink and chatted the hour or so it took before my father arrived to fetch me. He would have been apoplectic were it not for the fact that both he and my mother were just relieved that I had been found safe and unharmed after the few hours I had been gone. We returned home by taxi.

That trip lasted only a few hours, but it was the first of too many to count. After that, I returned to Mary’s house almost every weekend, often sleeping over.  In Mary’s house I found good literature. We went to the movies together, Broadway shows, off-Broadway shows, and off-off-Broadway shows. We went to every museum that Mary could find, and Manhattan had a lot of them. We ate all over the Village, Midtown and the Columbia district. If I am somewhat normal today, I owe all that to my life with Mary Love. I miss her every day, but this day I celebrate the day she was born.

I lost someone today I never wanted to say goodbye to. My father married Mary about 14 years before he married my mother Stella, and they had one child together, my sister Barbara. The marriage ended badly, but I have no doubt the fault was entirely my father’s. If Jews believed in sainthood, any woman who married my father would have been automatically qualified.

I loved my mother as much as any child could, but truth be known, she wasn’t much in the maternal department. People often observed that I more raised her than she me. That left a hole in my life which I needed to fill. Fortunately Mary was more than up to the job.

During my childhood years, Mary lived at 539 W. 112th Street in the Morningside Heights neighborhood of the upper west side of Manhattan. Her apartment building was next to the Goddard Space Center. The immense Cathedral of Saint John, perennially under construction, loomed at the end of the street.

This was quite aways away from my home in the Bronx. My cousin Marty lived across the hall from me. One day when I was about 8 years old, my folks were in the midst of an argument. I went across the hall and asked Marty to tell me how to get to Mary’s house. I had visited with Mary enough to know that I would be happier moving in with her and I was bound and determined to try. Marty gave me directions–I can still remember him telling me how to use the shuttle which would get me from the East side of Manhattan to the West.

In those days the measure of whether you could travel for free on New York City mass transit was less your official age than your height. For once, my short stature came in handy. Since I could walk under the subway turnstile, I was free. I walked to the subway station, took the East side IRT to Grand Central. Took the shuttle to Times Square. Took the Broadway local to 110th Street. Walked up Broadway to 112th Street, turned the corner and entered Mary’s building. There was an old elevator I loved there–I took that to the 2nd floor and headed for 2G.

When I rang the doorbell, Mary peered through the peephole, but I was too short for her to see. After some talking across the door she finally realized it was really me.

I wasn’t able to stay very long that first visit. Mary called my father. I don’t recall if they got me a cab or he came to get me, but sooner than I would have liked I was back home. But my friendship with Mary began for real with that visit. Soon enough I was going to visit her just about every weekend. We went to every museum we could think of. Mary loved taking me to bookstores where I took up my life-long addiction to the printed page. Mary took me to films and plays, on Broadway and off. When the World’s Fair opened in 1964, Mary trooped there with me a half dozen times. We went to New York City landmarks, patrolled the parks–especially Central Park and Riverside Park, a stone’s throw from her home.

Mary worked for two physicians with offices on Park Ave. They didn’t know quite to make of me but I suppose I became something of a mascot to them. I can’t forget the time Dr. Hoffman insisted I needed a gamma globulin shot. I saw stars!

Mary loved taking me to restaurants. She wasn’t wild about it, but she knew I loved Tom’s, the classic “Greek Diner” on the corner of 112th and Broadway. Most of you will have seen the facade of Tom’s because it was featured frequently on the Seinfeld TV show. Just the exterior–the inside of Tom’s didn’t look like the set on Seinfeld. Anyway, we did eat there quite often. Mary had names for all the local businesses–“the dirty store” comes to mind.

One useful purpose I served in the early days was someone to accompany Mary to the graves of her parents. She hated going alone, so I made sure I was available whenever it was the time of year for Mary to head over there.

These visits had to end as everything does. I went off to college in 1969. I chose the University of Wisconsin because that’s where my sister was living with her husband and brand-new child–my nephew and Mary’s grandchild. But I don’t think I went back to New York a single time without scheduling a visit with Mary. We corresponded, spoke on the phone, and continued our friendship until age took her memory.

Mary Love passed away today at 2pm at the age of 97. I will miss her every day. But she will always be in my heart.